June's cards from the Portuguese RR. Only Portuguese cards this time, sent by Tiago, Rui and Paulo. 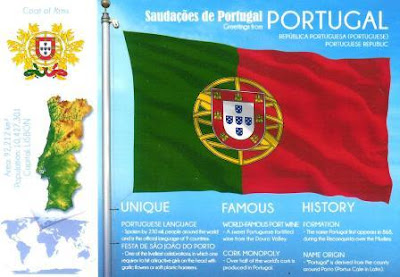 Tiago noticed that I started collecting FOTW postcards and sent me the most beautiful flag of all, ours.
Portugal has an area of 92,212 km², we are 10,427,301 and Lisbon is our capital;
Unique:
* The Portuguese Language - Spoken by 230 million people around the world, it is the official language of 9 countries;
* Festa de São João in Porto - One of the liveliest celebrations, in which one requires to hit attractive girls on the head with garlic flowers or soft plastic hammers;
Famous:
* Port Wine: A sweet Portuguese fortified wine from the Douro valley;
* Cork Monopoly - Over half of world's cork is produced in Portugal;
History:
* Formation: The name of Portugal first appeared in 868 during the Reconquista over the Moors;
* Name Origin: Portugal is derived from the county around Porto (Portus Cale in Latin). 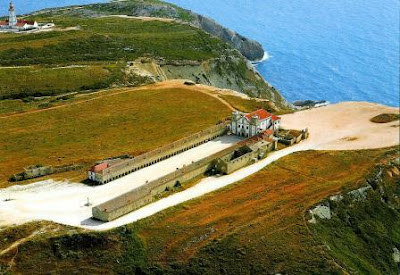 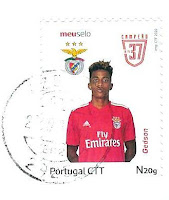 Located within the protected Arrábida Natural Park, Cabo Espichel is a lonely, brooding promontory where land comes to an abrupt end on the south-western tip of the Setúbal Peninsula some 50 km south of Lisbon.
Once a place of intense religious devotion, this remote and often windswept place features a delightful church flanked by two rows of arcaded pilgrims’ lodgings set around an open courtyard to form the sanctuary known as Our Lady of the Cape (Santuário de Nossa Senhora do Cabo).
Built in the classical style, the 17th-century church has a splendid interior of baroque paintings, gilt wood carvings and a fine frescoed ceiling by Lourenço da Cunha. - in: https://www.portugaltravel.org/nossa-senhora-do-cabo-espichel-sanctuary 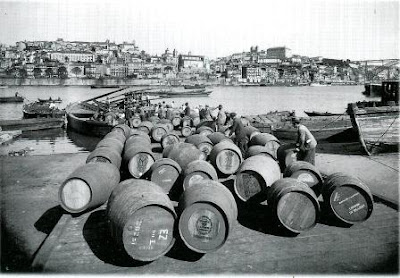 Unloading of wine barrels at the Vila Nova de Gaia pier around 1940.
By Martinha at 23:36