With this Kinabalu card, sent by SLLiew, i've all the unesco whs from Malaysia. 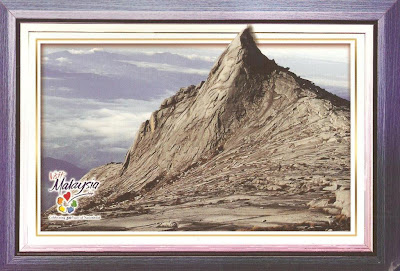 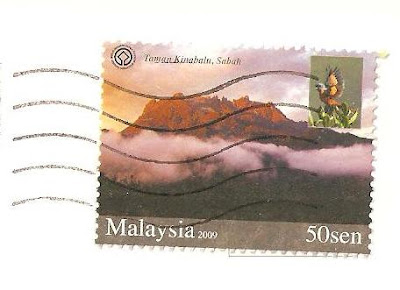 "Kinabalu National Park, established as one of the first national parks of Malaysia in 1964, is Malaysia's first World Heritage Site designated by UNESCO in December 2000 for its "outstanding universal values" and the role as one of the most important biological sites in the world.
Located on the west coast of Sabah, east Malaysia on the island of Borneo; it covers an area of 754 square kilometers surrounding Mount Kinabalu, which at 4,095.2 metres, is the highest mountain on the island of Borneo.
The park is one of the most popular tourist spot in Sabah as well as in Malaysia. In 2004, more than 415,360 visitors and 43,430 climbers visited the Park." - in: wikipedia
By Martinha at 17:30