An official from Ukraine with the monument to Taras Shevchenko in Lviv. 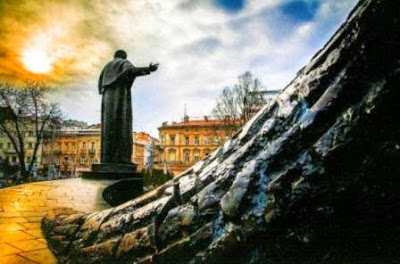 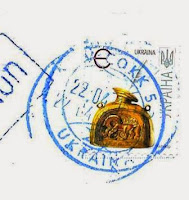 The Shevchenko Monument is a recent addition to Lviv’s cultural landscape.  It was established in 1992, and despite its newness has become one of the most visible images of Lviv. The monument depicts Taras Shevchenko, Ukraine’s greatest poet and the spiritual leader of the Ukrainian nation. There’s a 12-meter stela to the left of figure of Shevchenko, which is meant to symbolize the “wave of a Ukrainian revival”.  Located in the very heart of the city, the monument is a popular meeting point day and night for performances and informal gatherings. - in: http://lvivalive.com/shevchenko-monument
By Martinha at 01:16