Reportedly Germany’s warmest city, with some 2,000 hours of annual sunshine, Freiburg, is located in a corner of southwestern Germany. The city dates to 1120, when it was founded as a free-market town. 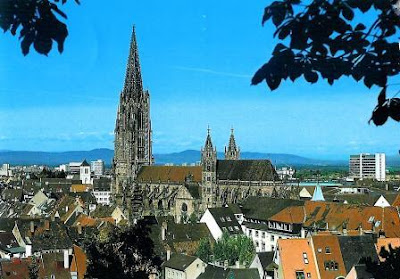 DE-2106575, sent by Frauke.
Freiburg im Breisgau is a city in Baden-Württemberg, in the south-west of the country.
One of the famous old German university towns, and archiepiscopal seat, Freiburg was incorporated in the early twelfth century and developed into a major commercial, intellectual, and ecclesiastical center of the upper Rhine region. The city is known for its medieval university and minster, as well as for its high standard of living and advanced environmental practices. - in: wikipedia 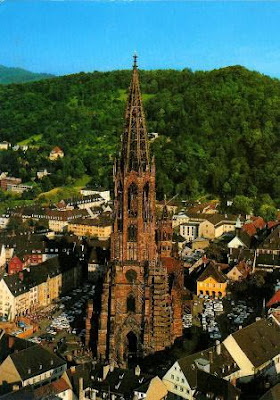 Freiburg Minster is the cathedral of Freiburg. The last duke of Zähringen had started the building around 1200 in romanesque style, the construction continued in 1230 in Gothic style. The minster was partly built on the foundations of an original church that had been there from the beginning of Freiburg in 1120. In 1827 the Minster became the seat of the Catholic archbishop of Freiburg and thus a cathedral. - in: wikipedia 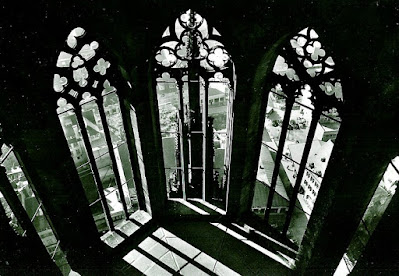 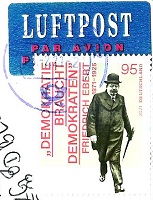 DE-10111680, sent by Sandra.
The Swiss art historian Jacob Burckhardt once described the striking tower of the Freiburg Cathedral as the “most beautiful tower on earth.” 116 meters tall, it has become the city’s landmark, visible from afar. Freiburg can be viewed from above from the viewing platform at a height of around 70 meters. - in: https://visit.freiburg.de
By Martinha at 10:00