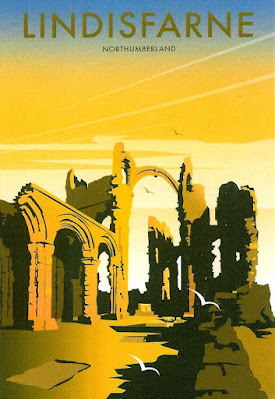 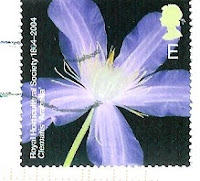 I haven't been to Lindisfarne yet but I'd love to visit it, in fact it's at the top of the list of places I want to visit in England and is one of Adam's favorite places in the country.
Lindisfarne is an island, accessible at low tide, off the north east coast of England. The ruins of Lindisfarne Priory dominate the south side of the island village. Construction of the priory church at Lindisfarne, which forms the core of the priory whose ruins we can still see today, began around the 1120s. 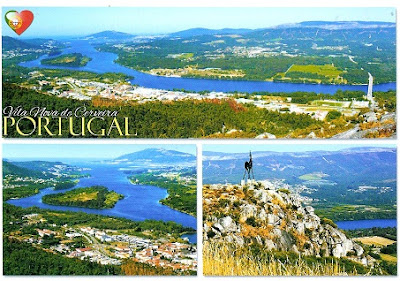 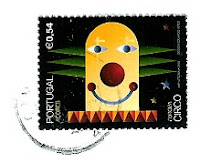 Eric reminded me of my vacation in June last year when I went to Vila Nova de Cerveira and hiked the Cervo Trail. It was always going up but it was worth the effort.
Trilho do Cervo is a circular hiking trail of about eight kilometers. It begins and ends at the Casa do Turismo de Cerveira, passes by the Fort of Lovelhe and continues towards the hill, passing by the Ermida da Senhora da Encarnação. Shortly after is Alto do Castro, where you can see the Cervo. In addition to the Cervo sculpture, there is a very intragrammble swing that delights children and adults.... in this case, I think it will be more for the adults. 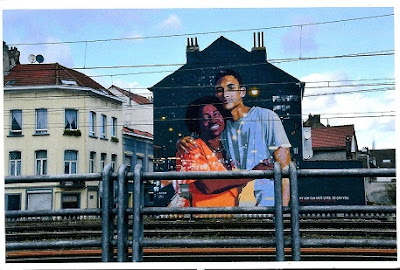 I didn't care much for urban art when I visited Brussels and it's quite possible that this mural hadn't been painted yet when I visited the city. I didn't find out when it was painted but I did find out that this mural was painted by Nean for a Red Cross campaign. Samuel and his mother, are just two faces of many people of non-Western roots who have difficulty finding a stem cell donor. The appeal is that people of non-Western roots can donate cells.
Thanks to Tiago for this nice postcard.
By Martinha at 22:00 No comments:

Château Frontenac in Quebec City is said to be the most photographed hotel in the world, and it is easy to see why.
The Chateau Frontenac has towered over Old Quebec City since 1893 and resembles a castle from a fairy-tale with its grand copper turrets and majestic stone towers. Located high on a bluff overlooking the St. Lawrence River, the Chateau Frontenac’s elegant rooms have hosted royalty, world leaders and movie stars for over a century. It is more than just a grand hotel with stunning architecture- it is the symbol of the city. - in: http://www.quebeccityjourney.com 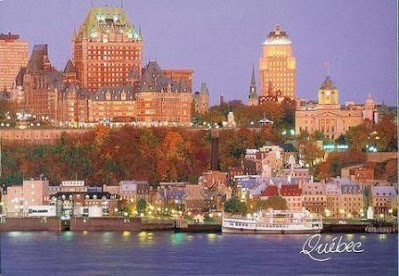 The Château Frontenac is one of Canada's grand railway hotels built by the Canadian Pacific Railway. The Châteauesque architectural style used throughout the hotel would later serve as a template for other Canadian grand railway hotels erected in the late-19th to early-20th century. The central fortress-like tower design is derived from medieval chateaus found throughout France's Loire Valley. 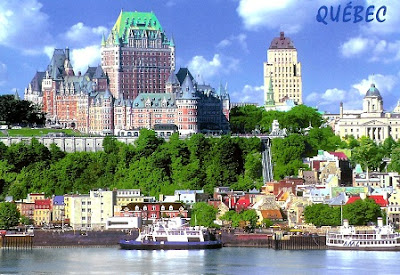 CA-1180553, sent by Donna.
The Château Frontenac includes 611 guest rooms and suites spread throughout the hotel building. Eight executive suites were renovated into specialty "themed rooms". Most of the suites are themed to the heads of state and government that have visited the hotel, such as the Trudeau-Trudeau Suite, named after two Canadian Prime Ministers, Pierre Elliott Trudeau, and Justin Trudeau.
The Churchill Suite and Roosevelt Suite are two suites named after attendees of the First and Second Quebec Conferences, British Prime Minister Winston Churchill and American President Franklin D. Roosevelt, respectively. Other suites themed in honour of world leaders include the Charles de Gaulle, named after the former President of France, and the Elizabeth II, named for the Queen of Canada. 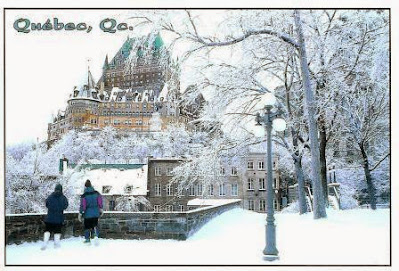 Photo: Claudel Huot
Aside from world leaders, the hotel also offers suites themed to Alfred Hitchcock, who filmed much of I Confess at the hotel, and William Cornelius Van Horne, the second President of the Canadian Pacific Railway, and Celine Dion.- in: wikipedia
By Martinha at 23:47 No comments:

Getting cards is an incredible way to learn about places, traditions and activities. With this card I've learnt about maple sugaring in New England.
The maple sugaring season is in late winter and early spring when the days are warm but nights chill—perfect conditions for the rising of the sap. It usually lasts four to six weeks. If the winter has been a mild one, the sap may start to run as early as February in southern New England, and may last well into April in northern New England, so the surest time to see sugaring in progress anywhere is March. 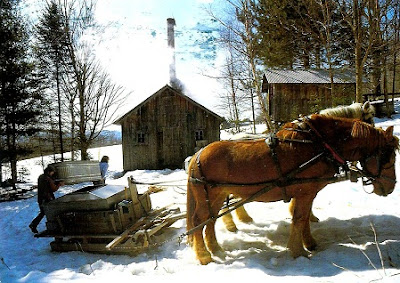 US-8137058, sent by Rebecca.
From February to April, farmers in New England drive more than 13 million little pipes called taps into their sugar maple trees' trunks, and hang buckets underneath the taps or attach tubing to them to catch the sap, some of which drips out of the taps as it rises within the tree trunk.
A sugar maple (Acer saccharum) must be at least 40 years old, or about 10 inches (25.4 cm) in diameter to produce useful quantities of sap.
The buckets are collected and brought to the sugar house, a small building containing a cauldron in which the sap is simmered for hours, driving off most of its moisture and reducing it to pure syrup. - in: https://newenglandtravelplanner.com
By Martinha at 22:44 No comments:

My urban art collection is still small but is growing little by little. This is my first Banksy card. 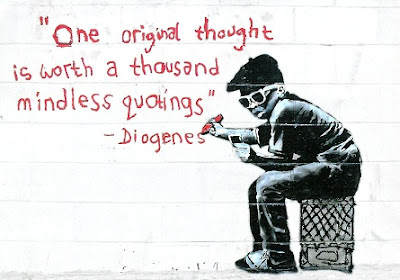 RU-8982594, sent by Evgenij.
The postcard came from Russia but the painting is in Brooklyn, New York. It depicts a boy sitting on a milk crate drawing the quote "One original thought is worth a thousand mindless quotings" by Diogenes.
By Martinha at 10:25 No comments:

I like churches, I like castles, I like all about history but I also like nature and I've a special interrest on volcanoes. I don't have many volcanoes cards and i've even less cards from Reunion Island, where this card is from. Besides being a great volcano card, this is also a card from a UNESCO site.
This is Piton de la Fournaise erupting on February 2000. 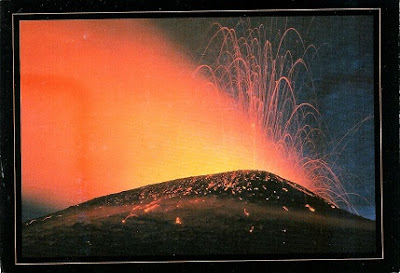 DE-11351783, sent by Sabine.
Piton de la Fournaise is a shield volcano on the eastern side of Réunion island (a French overseas department and region) in the Indian Ocean. It is currently one of the most active volcanoes in the world, along with Kīlauea in the Hawaiian Islands, Stromboli and Etna in Italy and Mount Erebus in Antarctica.
The most recent eruption began on 7 December 2020. The volcano is located within Réunion National Park, a World Heritage Site.
Residents of Réunion sometimes refer to Piton de la Fournaise simply as le Volcan ("the Volcano"). It is a major tourist attraction on Réunion island. - in: wikipedia
By Martinha at 09:51 No comments: 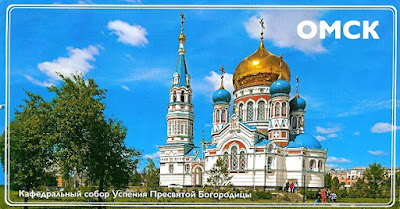 RU-8982567, sent by Mila.
Its fanciful design of many shapes and colors utilizes a plethora of elements from the Russian and Byzantine medieval architectural vocabulary.
The first stone of a new church was laid by Tsesarevich Nicholas during his journey across Siberia in 1891. A revivalist design was commissioned from Ernest Würrich, a fashionable architect based in Saint Petersburg. The church was consecrated in 1898. It was shut down after the Russian Revolution and was blown up in 1935. The Russian Orthodox Church had the edifice rebuilt to Würrich's original designs in the early 21st century.
The worshippers from all over Siberia come to the church in order to venerate the relics of Bishop Sylvester, a Kolchak supporter who was martyred by the Bolsheviks in 1920. - in: wikipedia
By Martinha at 18:39 No comments:

A year has passed since I've received the last official from Belarus. It was worth the wait, this new card is really great. It depicts the Church of the Nativity of the God's Mother in Muravanka, one of the first fortified churches in the Grand Duchy of Lithuania. This church is one of the Edifices for Worship of Fortress Type in Belarus, Poland and Lithuania added to the UNESCO World Heritage Tentative List. 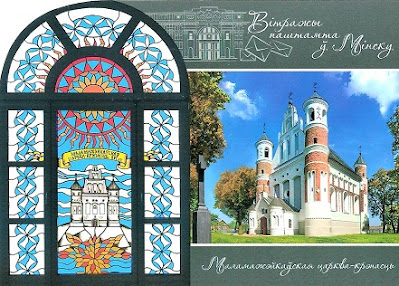 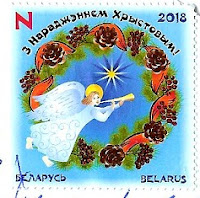 BY-2850187, sent by Alla.
The church in Muravanka arose in the first half of the 16th century. Church inspections made by the archeologists showed that it was probably built between years 1524 and 1542. The church was severely damaged in 1656 during the war against Russia and in 1706 during the Great Northern War. Then it was empty for many years and restored only in the middle of the 19th century. During World War I the German army used the space of the church as a warehouse for provisions. In the Interwar Poland it was turned into the Roman Catholic church.
In 1990 the church was returned by the Soviet government to the Orthodox believers and has been in use since then. - in: wikipedia
By Martinha at 11:01 No comments:

I've been to Edinburgh but when I looked up about the main attractions of the city, I never found anything about Dean Village. Some time after the trip I read about it somewhere and I was like "wow, what a great place, how could I missed it?!" I've always said that I want to visit Edinburgh again and next time I won't miss Dean Village, that's for sure. 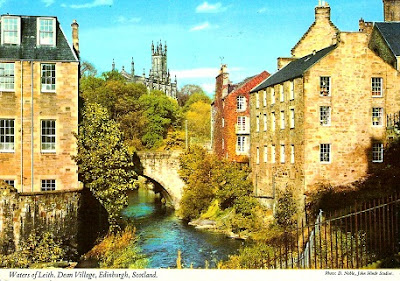 GB-1483696, sent by Fran.
Once a village outside the main city, it was eventually integrated with Edinburgh in the 19th century as the city expanded, but you can still experience its tranquil, idyllic atmosphere.
Around the village, you can see indicators of its origins and functions. The village is built on the banks of the Water of Leith, the river traversing the north of Edinburgh, and the original residents worked milling grain using the water mills in the river, an industry which thrived for around 800 years.
You might not spot the village easily at first, as it lies in a valley lower than the rest of the city. The Dean Bridge was built over the valley, to make it easier to cross it, and many visitors will simply go over the bridge, and not realise that this idyllic area lies below, but it’s well worth stopping to explore! - in: https://cityexplorerstours.com-village
By Martinha at 10:25 No comments:

January wasn't a bad month when it comes to official cards. I've sent 18 and received 14. Most of the sent and received were, obviously, to/from Germany. No this one though. From the beautiful city of Salzburg, here it is Maria Plain Basilica.
The basilica of Maria Plain is considered as the traditional church of pilgrimage for the city of Salzburg. It is remarkable for its architectural value, but also for the stunning views the location offers over Salzburg and the Salzburg valley. 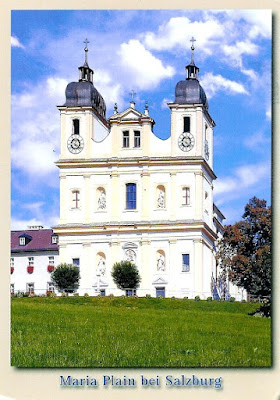 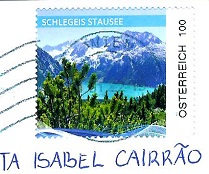 AT-591994, sent by Romana.
According to a legend, an image of the Virgin Mary with Jesus as a child remained miraculously unharmed during a fire in the city of Regen (Bavaria) during the 30-years war (1618-1638). After the image was sent to Salzburg, Prince Archbishop Guidobald Thun founded a chapel for it in 1652. Prince Archbishop Max Gandolf founded a church next to this chapel and got the Italian architect Giovanni Antonio Dario to design the building and manage its construction from 1671 to 1674.
Maria Plain′s façade with a double-tower is decorated with the four evangelists and - above the entrance - the Virgin Mary with the child. Essentially all decorations as well as the interiors are original from the time of the foundation of the church and were donated by several Benedictine abbeys as well as wealthy citizens of Salzburg. - in: http://www.visit-salzburg.net
By Martinha at 23:04 No comments: