Ronda is one of the spanish places on my must visit list.
The city is one the oldest spanish cities and the 3rd most visited destination in southern Spain. 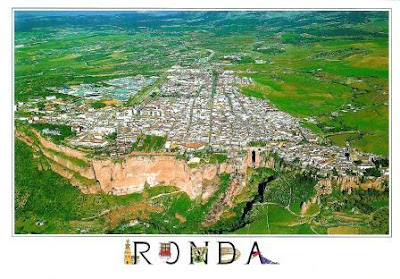 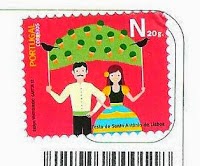 This town in the Málaga region sits on either side of the Tajo del Ronda, a narrow gorge more than 150 metres deep. Its old town has been declared Property of Cultural Interest. Celts, Phoenicians, Romans and Arabs all inhabited these lands, which were reconquered by the Catholic Monarchs. 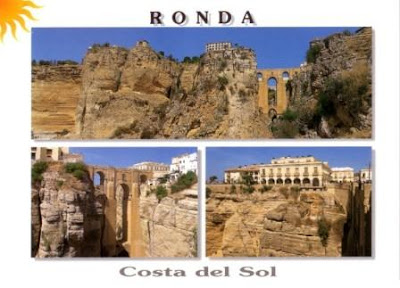 The historic quarter, reminiscent of the Arab age and with a medieval layout is scattered to the south of the Guadalevín, while more modern Ronda, the part which sprang up after the 16th century, unfolds to the north of the course of this river. Several bridges unite the two halves of one of the most interesting towns on the route of the Whitewashed Villages, in the heart of the the Ronda hills, only a few kilometres from the Costa del Sol. - in: http://www.spain.info/en/ven/otros-destinos/ronda.html

Ronda's extensive walls, were begun by its Moorish rulers in the 13th century, renovated in the 16th by the Christians. The earlier walls were built to keep out, and parts are still being rebuilt in the 21st century. Originally, this feat of medieval engineering wrapped the entire city, and must have made it one of the most securely defended settlements of its time. Even today, with the outer walls fallen (especially to the south, near the Arab baths), only two paths, two gates and one bridge offer routes out of the fortress city. The southerly battlements are large enough to host outdoor summer concerts, and the most impressive section, the westerly puerta del Almocábar, was only reconstructed in its original form in the late 20th century. The Hispanicized name is taken from the Arabic al-Maqabir, cemetery, the function originally served by what today is a leafy square. - in: http://www.andalucia.com

The Puente Nuevo is the newest and largest of three bridges that span the 120-metre (390 ft)-deep chasm that carries the Guadalevín River and divides the city of Ronda.
The bridge was started in 1751 and took 42 years to build. Fifty workers were killed during its construction. There is a chamber beneath the central arch that was used for a variety of purposes, including as a prison. During the 1936-1939 civil war both sides allegedly used the prison as a torture chamber for captured opponents, killing some by throwing them from the windows to the rocks at the bottom of the El Tajo gorge. - in: wikipedia
That chamber is now an Interpretation Center about the bridgege and the different aspects of its environment: vegetation, geology, urbanism, history, etc.
By Martinha at 18:32