These 2 cards made it to my mailbox after traveling for more than 2 and a half months. They arrived on the same day, in the beginning of this month and were both sent on April 14th. 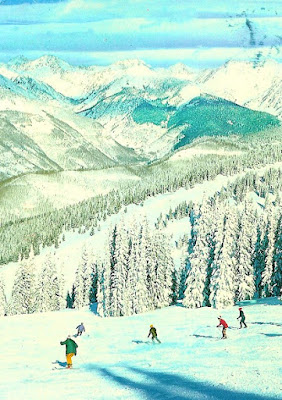 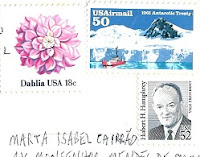 US-7486000, sent by Bill.
Besides being the second largest ski resort in the United States, Vail Mountain, in Colorado. is one of the most diverse ski resorts in the world, which is why it’s such a great ski destination. 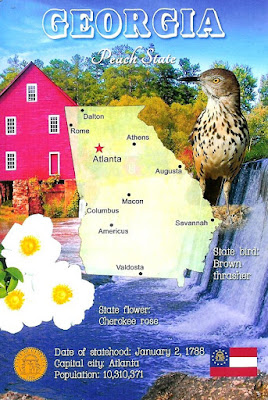 US-7485943, sent by Amanda-Jane.
Georgia, the Peach State, had it's date of statehood in January 2, 1788. The capital city is Atlanta and it has a population of 10.310.371.
Atlanta, Dalton, Rome, Athens, Augusta, Macon, Columbus, Americus, Valdosta and Savannah are some of it's most famous and populous cities.
The state bird is the brown thrasher and the state flower is the Cherokee rose.
By Martinha at 22:58