"The St. Pauli Landungsbrücken (St. Pauli Landing Bridges), part of the Hamburg Harbour, are in the quarter St. Pauli of Hamburg, between the lower harbor and the Fischmarkt (Fish Market) directly on the Elbe River. 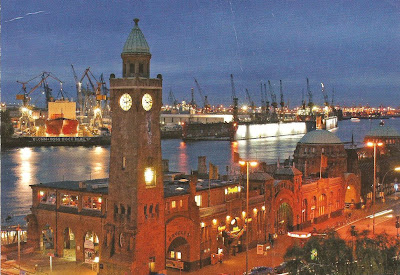 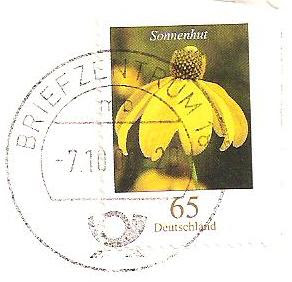 The Landungsbrücken today are a major tourist attraction and a central transportation hub, with S-Bahn, U-Bahn and boat stations. The eastern end of the building complex is marked by the Pegelturm (water level tower). Halfway up the tower, there is a water level indicator built into the wall, which gives the current condition of the tides. 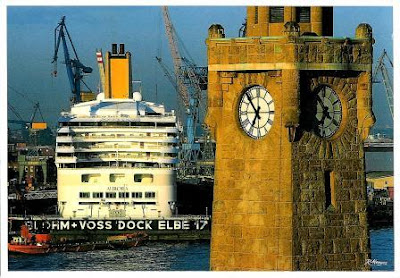 The terminal building, built from volcanic tuff, and the piers were constructed between 1907 and 1909 in the same location as the old Landungsbrücken. It was designed as a representative shipping station by the architectural company of Raabe & Wöhlecke for the department of river and harbor construction of the construction deputation. With its length of 205 m, its numerous gateways to the ships' piers, its domes and towers, it sets a clear structural accent. The architectural sculptures were created by Arthur Bock.
The complex was classified as a historical monument on September 15, 2003." - in: wikipedia
By Martinha at 22:58