This month I decided not to join this RR because I'm moving to a new house and I've a new address. I've to confess that I'm not that excited about having a new address and new mailbox. You know you're addicted to Postcrossing when you don't care much about the house but get worried about the size of mailbox and how the change of the address will affect your postcrossing mail.
These April cards were still received in the address I had for 17 years, June's cards will be received in the new address. 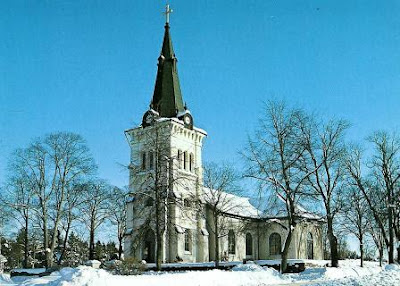 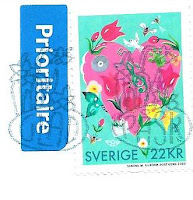 Fliseryd, Iris hometown, is a small town in southern Sweden. The local wood church dates back to 1808. 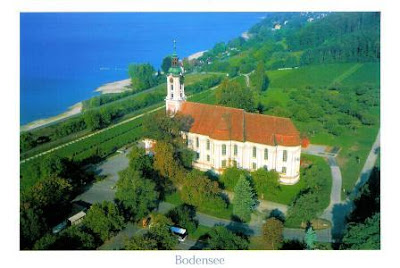 The Basilica of Our Lady of the Assumption in Birnau is a pilgrimage church on the north shore of Lake Constance in the German municipality of Uhldingen-Mühlhofen.
The construction started in 1747 and the church was inaugurated on September 20, 1750.
Card sent by Marei. 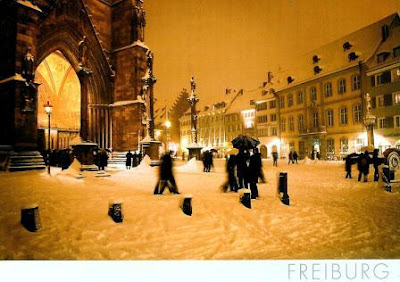 Also from the German state of Baden-Württemberg, Birgit sent this snowy view of Freiburg Münsterplatz, the heart of the city.
Münsterplatz is a cobblestone square in front of the Freiburg Münster (Cathedral of Freiburg). This quaint churchyard has plenty of colourful buildings, most of which were reconstructed following the end of World War II. Besides the church, the Historical Merchants' Hall and Wentzinger House are some of the many historical buildings within the square. Be sure to watch your step from time to time as the streets of Münsterplatz are lined with bächle, which are open brooks with streaming water. It’s believed that you may end up marrying a local if your feet land into one. - in: https://pt.hoteis.com/go/germany 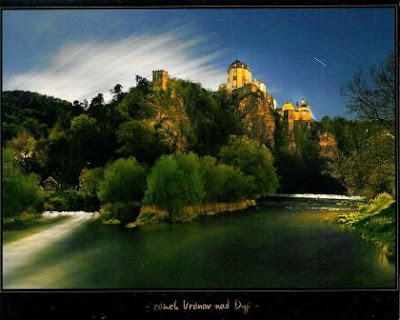 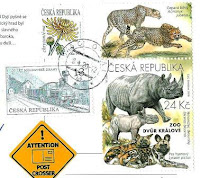 From Czech Republic, with great stamps, a card of the Vranov nad Dyjí Chateau, sent by Radana.
The chateau lies on the southern border of the Czech state about 110 kilometres from Vienna and is one of the most valuable buildings of the Central European baroque. It was created with the reconstruction of a royal castle first mentioned in 1100. Its current form bears the imprint of the Althanns, who held it for some 100 years from the late 17th century, together with a significant contribution from the imperial architect Johann Bernhard Fischer of Erlach. - in: https://www.zamek-vranov.cz/en
By Martinha at 11:20