Like the previous 2 years, some portuguese postcrossers gathered in a meeting to celebrate another postcrossing anniversary. This year the meeting was in Tomar on July 16th, 2 days after the postcrossing anniversary. Unfortunatelly i wasn't able to celebrate with them but i've received this 3 lovely postcards, this one was sent by Vitória.
The postcrossers there were: Paula "geminiscp", Ana "ninocas" and her son Dudu; Joana "joaninha", Carole "cloable", Vitória "blicas blocas", Helena "leninha", José "zepombal" and the other José "pilotOne". 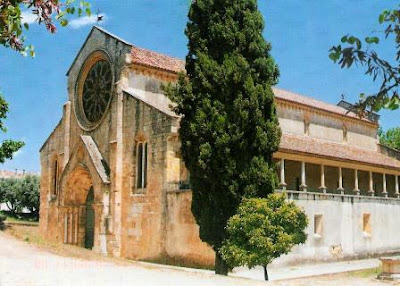 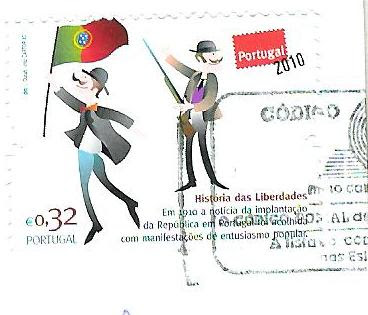 The Church of Santa Maria do Olival was built in the second half of the 12th century by the provincial master of the order of the Knights Templar in Portugal, Gualdim Pais. It was used as a burial place for the Knights Templar of Tomar and, later, by the Knights of the Order of Christ, which succeeded the Templars in the 14th century. Gualdim Pais is buried in the church, and his original tomb slab, dated from 1195 and bearing a gothic inscription, is still preserved inside.
The current building is mostly the result of a reconstruction carried out in the 13th century in early Gothic style. - in: wikipedia
By Martinha at 21:27