This is the impressive and dramatic Dorset coastline, an english WHS since 2001, on the list under the name "Dorset and East Devon Coast".
The card was sent by Dave "booga315". 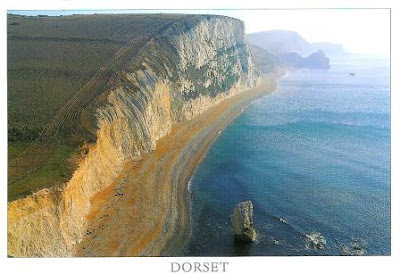 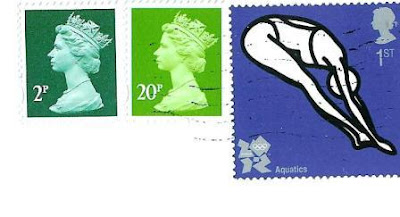 "The Dorset and East Devon Coast has an outstanding combination of globally significant geological and geomorphological features. The property comprises eight sections along 155 km of largely undeveloped coast. The property's geology displays approximately 185 million years of the Earth's history, including a number of internationally important fossil localities. The property also contains a range of outstanding examples of coastal geomorphological features, landforms and processes, and is renowned for its contribution to earth science investigations for over 300 years, helping to foster major contributions to many aspects of geology, palaeontology and geomorphology. This coast is considered by geologists and geomorphologists to be one of the most significant teaching and research sites in the world." - in: http://whc.unesco.org/en/list/1029