Thanks to Leslie "ctrekoza" i've got this new, kinda hard-to-get, unesco card from Turkey. I believe this is the 1st card i see from Hattusa, the capital of the Hittite Empire, in the late Bronze Age. The card shows the Lion Gate in the Upper City.
The site is located near modern Bogazkale, in the Black Sea region of Turkey. Hattusa was added to the Unesco World Heritage lista in 1986. 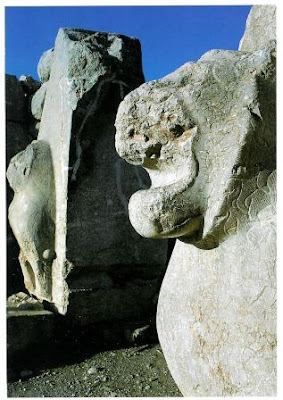 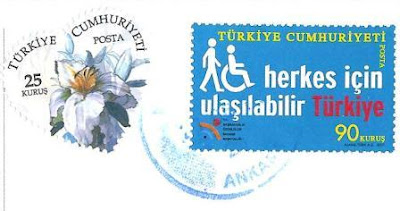 "The archaeological site of Hattusha, former capital of the Hittite Empire, is notable for its urban organization, the types of construction that have been preserved (temples, royal residences, fortifications), the rich ornamentation of the Lions' Gate and the Royal Gate, and the ensemble of rock art at Yazilikaya. The city enjoyed considerable influence in Anatolia and northern Syria in the 2nd millennium B.C." - in: http://whc.unesco.org/en/list/377