If i'm not mistaken, i've 565 unesco sites in my collection and in the next few days i'll receive more.
This is also a card from a Unesco World Heritage Site, the Royal Exhibition Building in Melbourne, Australia and it was sent by Niina "bessie". 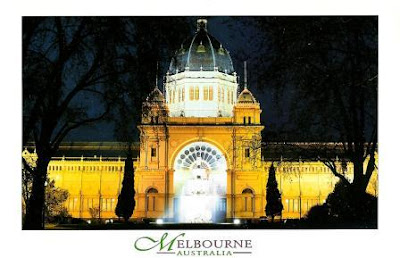 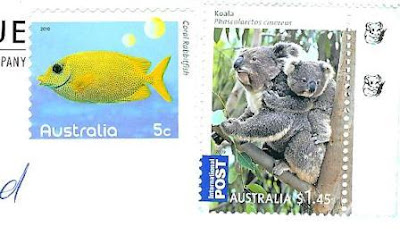 "The Royal Exhibition Building is a World Heritage Site-listed building in Melbourne, Australia, completed in 1880. It is located at 9 Nicholson Street in the Carlton Gardens, flanked by Victoria, Nicholson, Carlton and Rathdowne Streets, at the north-eastern edge of the central business district. It was built to host the Melbourne International Exhibition in 1880-1881 and later hosted the opening of the first Parliament of Australia in 1901. Throughout the 20th century smaller sections and wings of the building were subject to demolition and fire, however the main building, known as the Great Hall, survived.
It received restoration throughout the 1990s and in 2004 became the first building in Australia to be awarded UNESCO World Heritage status, being one of the last remaining major 19th century exhibition buildings in the world.Today, the building hosts various exhibitions and other events and is closely tied with events at the Melbourne Museum." - in: wikipedia
By Martinha at 16:50