Mixing pics and paintings to show a church in Minsk. 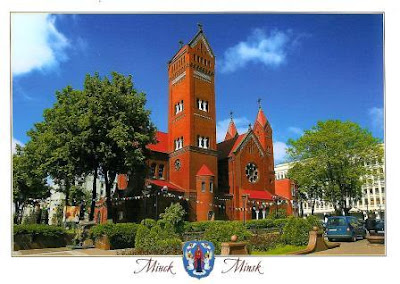 This Catholic church (better known as «Red Church») was build in 1908-1910 by a noble Belarusian family upon the premature death of their two young children. 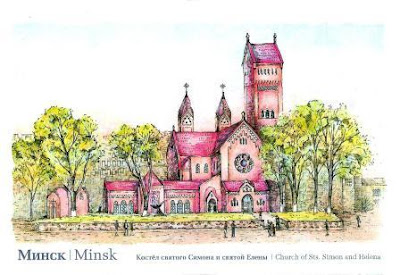 BY-1667744, sent by Sophie.
The church with red-brick towers, spires, and pitched roofs became a symbol of inconsolable grief for those who died untimely. When the Bolsheviks came to power, the church became a cinema then a film studio. 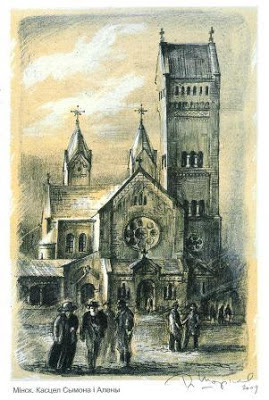