After last week's empty mailbox, these last days I've got a few cards, including officials, most of them from Germany. 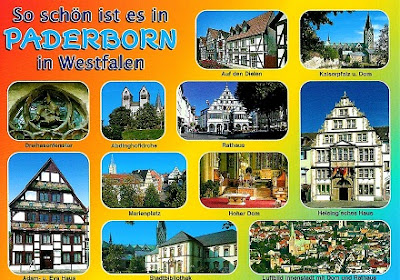 DE-10111660, sent by Lelley.
Paderborn is a city in eastern North Rhine-Westphalia, Germany. The name of the city derives from the river Pader and "born", an old German term for the source of a river. The river Pader, the shortest in the country, only 4.4 km's long, originates in more than 200 springs near Paderborn Cathedral. 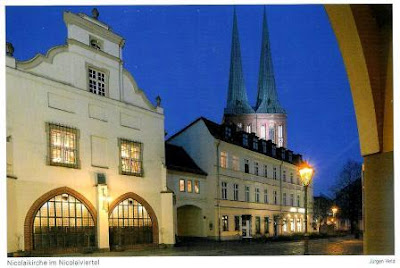 DE-9882645, sent by Christian.
Nikolaiviertel quarter, founded about 1200, is part of the reconstructed historical heart of the German capital of Berlin.
The towers seen behind the buildings belong to Nicholas' Church, originally erected about 1230, now a museum and occasionally a concert venue. The area around the church with its medieval alleys in the main had been preserved throughout the centuries, until it was destroyed by the air raids and the Battle of Berlin during World War II. Today the area is famous for its traditional German restaurants and bars. 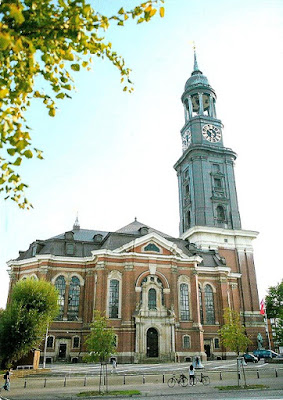 DE-10113006, sent by Jan.
The spot where St. Michael's Church now stands has seen its share of trouble. A lightning strike and then a catastrophic fire centuries later destroyed the first and second churches that were built on this site. But the city's Protestants persevered, and in 1912 the construction of the church that we see today was finished. Although heavily damaged during WWII, it has been fully repaired, and today you'll find a baroque gem that is regularly listed among Northern Germany's most beautiful churches and important landmarks. - in: https://www.hamburg.com
By Martinha at 10:47