I won this card on the portuguese community. Anthony hosted a lottery to celebrate his city 153 anniversary. I was the winner and he sent this card with the Our Lady of Conceição Church.
"Caruaru is a city in Pernambuco, Brazil.
The city is famous, among other things for Mestre Vitalino's clay mini-sculptures inserted in Alto do Moura (Moura highhill) recognized by UNESCO as the largest center for figurative arts in the Americas; to have one of the biggest textile sector of the interior of Brazil; and to have one of the biggest Saint John's festivals (São João)." - in: wikipedia 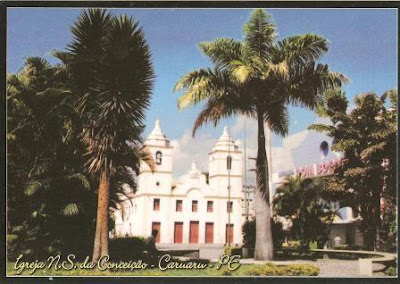 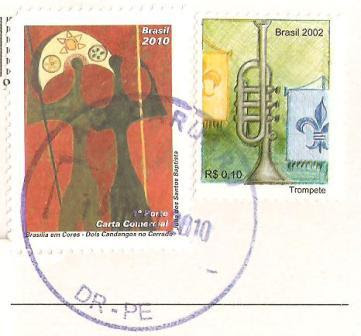 Our Lady of the Conceição Church is the oldest in the city, it was built in the 18th century.
By Martinha at 01:10