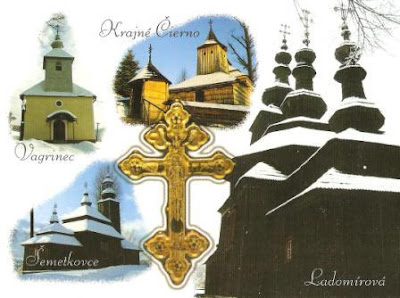 "Carpathian Wooden Churches is the name of a UNESCO World Heritage Site that consists of nine wooden religious buildings constructed between the 16th and 18th centuries in eight different locations in Slovakia. They include two Roman Catholic, three Protestant and three Greek Catholic churches plus one belfry in Hronsek. In addition to these churches there are about 50 more wooden churches in the territory of present-day Slovakia mainly in the northern and eastern part of the Presov Region." - in: wikipedia
By Martinha at 00:19