I was waiting for the last may overflow card to post the last cards but that card is taking too long to arrive. Well, who knows, it may arrive tomorrow...
Two of the last cards were a new Unesco from Russia, Wrangel Island, sent by Julia "mad_madchen" and the Shanghai Confucian Temple sent by PRO. 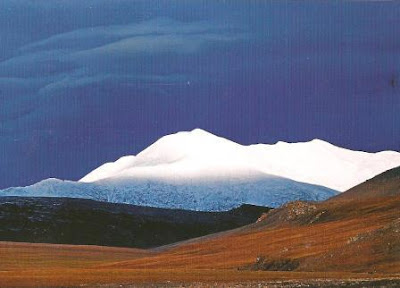 Wrangel was not glaciated during the Quaternary Ice Age, resulting in exceptionally high levels of biodiversity for this region. The island boasts the world’s largest population of Pacific walrus and the highest density of ancestral polar bear dens. It is a major feeding ground for the grey whale migrating from Mexico and the northernmost nesting ground for 100 migratory bird species, many endangered. Currently, 417 species and subspecies of vascular plants have been identified on the island, double that of any other Arctic tundra territory of comparable size and more than any other Arctic island. Some species are derivative of widespread continental forms, others are the result of recent hybridization, and 23 are endemic. - in: http://whc.unesco.org/en/list/1023 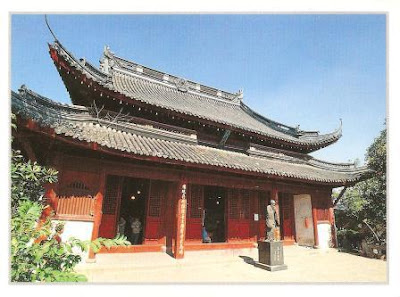 "The Shanghai Wen Miao, also known as Shanghai Confucian Temple, is an ancient temple and was built to pay homage to Confucuius. It is the main temple of Confucius in Shanghai, and is similar to renowned temples as those in Qufu, Confucius's hometown, and the grand Confucius Temple in Beijing; although the Shanghai Wen Miao is smaller than those two.
Shanghai Confucian Temple was first founded during the Yuan Dynasty, when Shanghai, once a small fishing village, got the status of county. It was also the most prestigious learning institution of the county, as in ancient times a Confucian Temple was typically a combination of temple and school. In the following centuries it was rebuilt several times. From 1851 to 1855, the temple was occupied by the Small Swords Society and became their headquarters. The temple was almost completely destroyed during the battle when government troops retook control of it. The government eventually decided to rebuild the temple at the present site." - in: wikipedia
By Martinha at 23:13