I didn't received cards today (how is that possible?) but i still have a lot of cards to post here.
This card here is an official from Latvia, my 1st official from there and i love it. I really like the buildings, so beautiful. 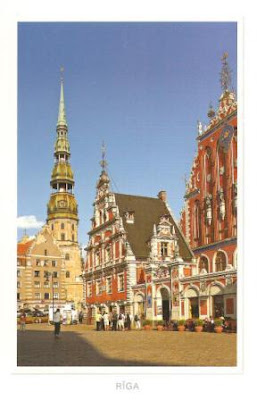 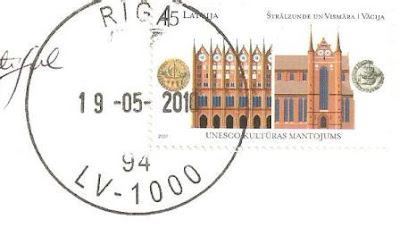 "House of the Blackheads is a building situated in the old town of Riga, Latvia. The original building was erected during the first third of the 14th century for the Brotherhood of the Blackheads Guild, a guild for unmarried German merchants in Riga. Major works were done in the years 1580 and 1886, adding most of the ornamentations.