I should be sleeping by now but i wanted to make some updates because i'll be away till sunday. I've a bunch of cards to post and i guess i'll have even more when i get home, plus the card i'll buy in Rome. These holidays i'm planning to buy tons of cards :) 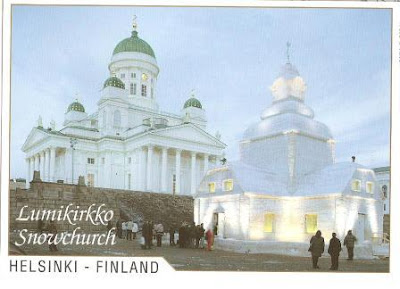 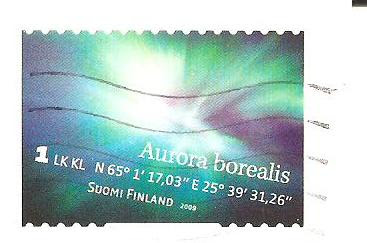 FI-820400, sent by Jorma.
This isn't just another Helsinki's Cathedral card. On this card the focus goes to the Ulrika Eleonora Snow Church.
"The church has very interesting history and it was built on the same place where the original church was built on 1727. Ulrika Eleanor was the queen of the Sweden-Finland and the church was named after her to get donations. But unfortunately the queen was stingy and the builders were unskilled and the building of the church failed. It was impossible to officiate the service when it rained, because the roof of the church leaked so badly.
The original church was demolished 1827. In 1995 the building contractor Pentti Moisio started to plan the snow version of the church. Building contractor Eero Väyrynen had the main responsibility of the constructing. The snow church is about 1/3 of the original, which was about 700 square metres and its inside height was 5,6 metres. But the quality of the snow church is definitely higher." - in: http://www.niksula.hut.fi/~mnikkane/linnat/ulrikaeng.html
Every winter this church is replicated in snow in the Senate square. The Snow Church has become a popular location for small weddings and services (if too much body heat is packed in, the snow begins to melt!).
By Martinha at 00:35