I've been waiting for some unesco whs from China. Besides this one, I'm still waiting for 6 more.
This Imperial Tombs of the Ming and Qing Dynasties card was sent by Fabrice. 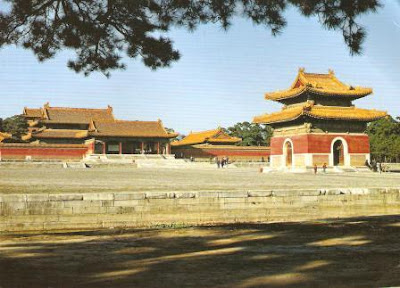 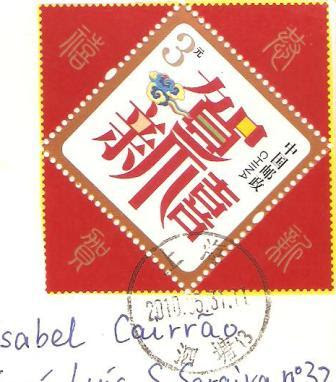 "The Western Qing Tombs are located some 140km (87 miles) southwest of Beijing in Hebei province near the town of Yixian. The Western Qing Tombs is a necropolis that incorporate four royal mausoleums where seventy-eight royal members in all are buried. These include four emperors of the Qing Dynasty and their empresses, imperial concubines, princes and princesses, as well as other royal servants.
Construction of the Western Qing tombs was initiated by the Yongzheng Emperor who broke with tradition and refused to be buried in the Eastern Qing Tombs. Some have speculated; though not proven; as Yongzheng had illegally usurped the throne by eliminating his brothers and his motives to relocate his tomb to the Western Qing tombs was that he did not wish to be buried alongside his father the Kangxi Emperor. Later on his son, the Qianlong Emperor decided that he should be buried in the Eastern Qing tombs and have dictated that thereafter burials should alternate between the eastern and western sites, although this was not followed consistently.
The first tomb, the Tai Ling, was completed in 1737, 2 years after the Yongzheng reign. The last imperial interment was in 1913, when the Guangxu Emperor was entombed in the Chong Ling." - in: wikipedia
The card shows the Tailing Mausoleum, Yongzheng Emperor's tomb.
By Martinha at 17:42