These are the 3 other cards i've traded with Ron. 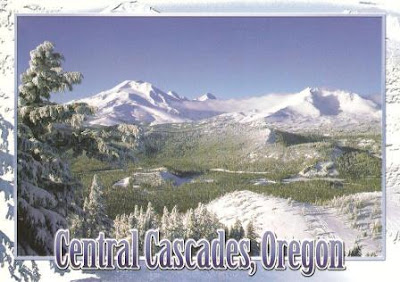 A grand panorama of mountain peaks is unfurled to view from the popular ski slopes of Mt. Bachelor in the Central Range of Oregon. The Three Sisters and Broken Top mountains dominate this panoramic view. 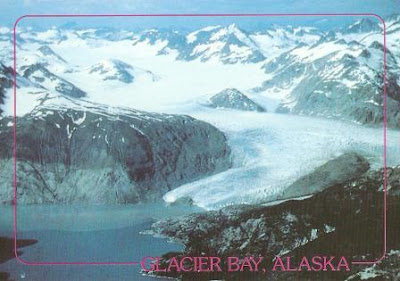 An aerial view of Glaciar Bay National Park and Preseve. Pictured here is Riggs Glacier. Glacier Bay National Park offers some of Alaska's most spectacular glacier scenery. A cruise in Glacier Bay presents one with views of whales, eagles and other species of widlife. Ice caving from the glaciers is an additinal attraction of this majestic area. 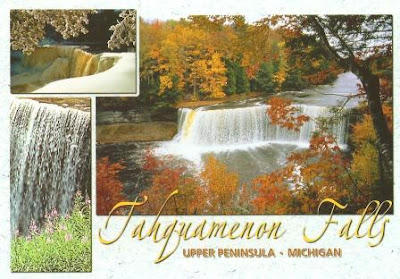 "The Tahquamenon Falls are two different waterfalls on the Tahquamenon. Both sets are located near lake Superior in the eastern Upper Peninsula of Michigan. The water is notably brown in color from the tannins leached from the cedar swamps which the river drains. This phenomenon is responsible for the alternative local name 'Root Beer Falls'.
The upper falls are more than 200 feet (60 m) across and with a drop of approximately 48 feet (14 m) During the late spring runoff, the river drains as much as 50,000 gallons (200,000 liters) of water per second, making the upper falls the third most voluminous vertical waterfall east of the Mississippi River, after Niagara Falls and Cahoes Falls, both in New York State." - in: wikipedia
By Martinha at 11:01