Joana was on holidays a few days ago and she went to Spain. Cádiz was one of the places she visited. I've lots of spanish cards but this is my 1st one from Cádiz. It shows the cathedral. 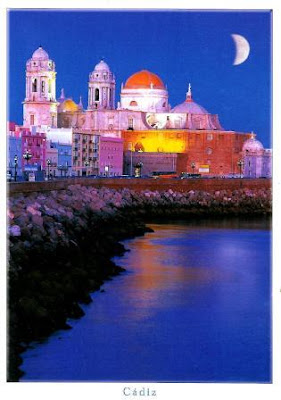 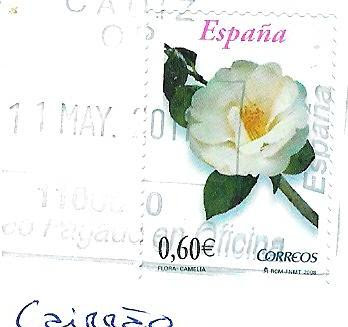 "Cádiz Cathedral was built in 1722-1838. It sits on the site of an older cathedral, completed in 1260, which burned down in 1596. The reconstruction, which was not started until 1776, was supervised by the architect Vicente Acero, who had also built the Granada Cathedral. Acero left the project and was succeeded by several other architects. As a result, this largely baroque-style cathedral was built over a period of 116 years, and, due to this drawn-out period of construction, the cathedral underwent several major changes to its original design. Though the cathedral was originally intended to be a baroque edifice, it contains rococo elements, and was finally completed in the neoclassical style. Its chapels have many paintings and relics from the old cathedral and monasteries from throughout Spain." - in: wikipedia