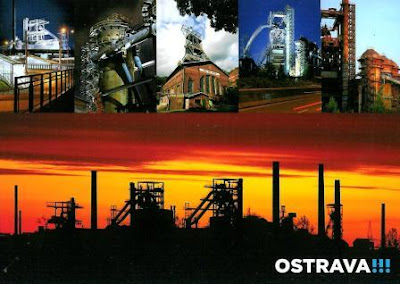 "Ostrava is the third largest city in the Czech Republic.


Its history and growth have been largely affected by exploitation and further use of the high quality black coal deposits discovered in the locality, giving the town a look of an industrial city and a nickname of the “steel heart of the republic” during the communist era of Czechoslovakia. Many of the heavy industry companies are being closed down or transformed." - in: wikipedia
The Ostrava industrial complex was listed in the tentative UNESCO World Heritage List in 2001. 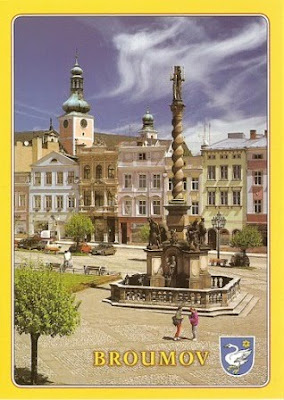 Broumov is a town in the Czech Republic, in the Náchod District of the Hradec Králové Region near the Polish border.
On the card there's the Peace Square, with Mary Column.
By Martinha at 21:10