From North to South America with brazilian cards sent by Marcelo. These are from Diamantina, a city in the state of Minas Gerais. 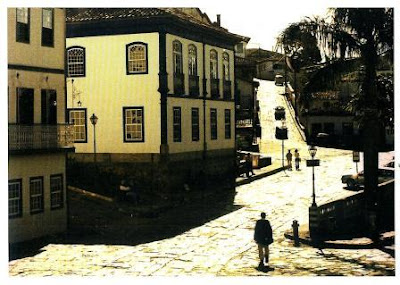 Diamantina was built during the colonial era in the early 18th century. As its name suggests, Diamantina was a center of diamond mining in the 18th and 19th centuries. A well-preserved example of Brazilian Baroque architecture, Diamantina is a Unesco World Heritage Site. 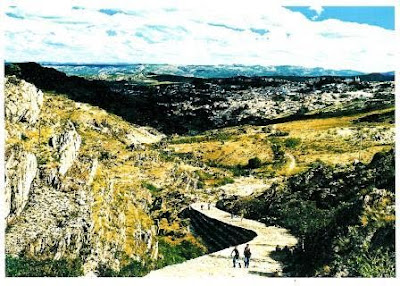 This is a stone path built by the slaves in the 19th century nd it was part of the ancient Royal Road. Along the way is possible observe the native forest, rivers, waterfalls and panoramic views of Diamantina. 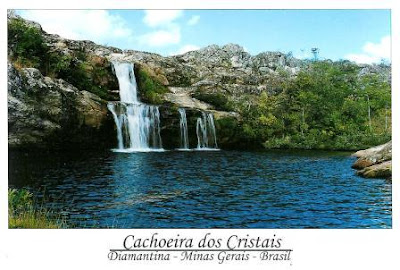 Crystals Waterfalls is located 14 km from the city. This is one of the most beautiful waterfalls in the region.
By Martinha at 14:26