These polish have been sent by Emerich and they show the cathedrals of Lodz and Gorzów, the Basilica in Wadowice and the Skalka Sanctuary in Krakow. 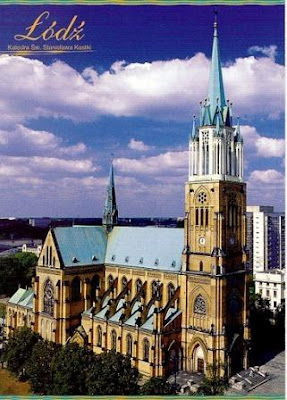 Łódź is the third-largest city in Poland and this is the Basilica Cathedral St Stanisław Kostka. 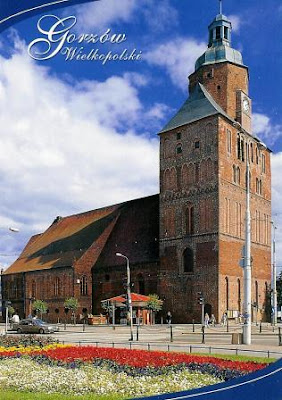 Gorzów Wielkopolski is a city in western Poland. The card shows the St. Mary Cathedral, the oldest building in the city. It was founded at the end of the 12th century. 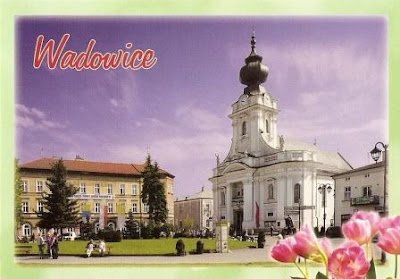 Wadowice is a town in southern Poland, 50 km from Kraków. The city is best known for being the birthplace of Pope John Paul II.
The Virgin Mary’s Offertory Minor Basilica is closely connected with the childhood and youth of Karol Wojtyła. He was baptized here on the 20th of June 1920 and in May 1929 had his First Holy Communion here. 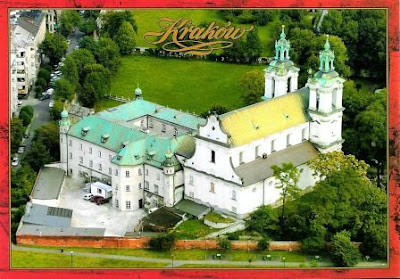 "The Skalka Sanctuary and St Stanislaw's Church are a Roman Catholic Church and monastery on the banks of the Vistula River in Krakow. The original Romanesque church which stood on this site was the place of one of Poland's crucial historic events - the murder of Stanislav, bishop of Krakow by the king, Boleslav. There are differing reasons why this happened but regardless, the people were not happy and Stanislav was eventually made a saint by Pope Innocent IV in 1253 - he has been called the saint of moral order. He was the first n ative Polish saint and remains patron saint of Poland. His relics are now in Wawel Cathedral.
The current Gothic church which stands on the site dates from the 14th century, with a Baroque update from the mid-18th century. Beginning in the 19th century, the church became a place for burial for well-known artists and writers, including Nobel Prize winning poet Czeslaw Milosz." - in: http://www.krakow-poland.com/Tourist-Attractions/Skalka-Sanctuary,bgh
By Martinha at 15:04