Lately i've been receiving quite a lot of unesco cards as officials. Even if they aren't from missing sites, it's nice to get different cards because some of the site have more than 1 monument or location on the list. That's what happen with this card. Reggia di Venaria Reale is one of the Residences of the Royal House of Savoy in Turin and its province, Piedmont. I already had the Palazzo Madama in Turin. 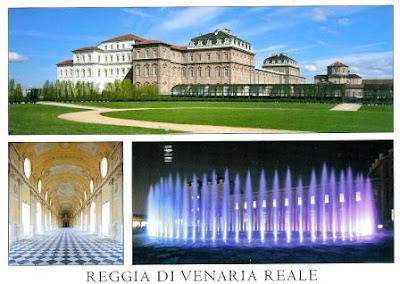 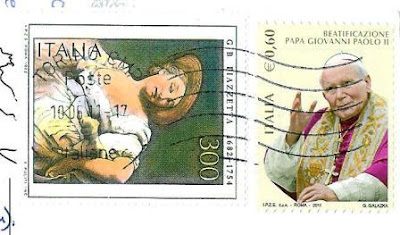 "The Palace of Venaria is a former royal residence located in Venaria Reale, near Turin, in Piedmont, northern Italy. It is one of the Residences of the Royal House of Savoy, included in the Unesco Heritage List in 1997, and one of the largest royal residences in the world, comparable in size and structures to those of Versailles and Caserta (though the latter's park is far larger).
The Palace was designed and built from 1675 by Amedeo di Castellamonte, commissioned by duke Charles Emmanuel II, who needed a base for his hunting expeditions in the healthy hill country north of Turin. The name itself derives from Latin, Venatio Regia meaning "Royal Hunt"." - in: wikipedia
By Martinha at 21:14