I still have a lot of cards to post here and i already have a few other to scan. Fortunatelly, tomorrow after 3.30 pm is my day off and i'll have some time to make serious updates. But for now, one more with a card from Salzburg. It was sent by Gudrun "Maeusefan" and it shows the Hohensalzburg. 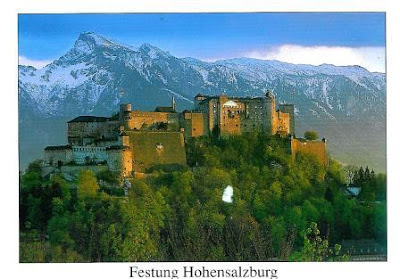 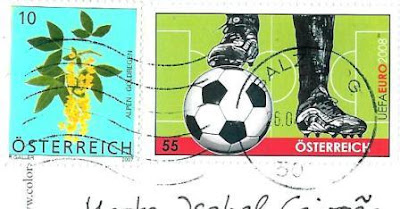 "Initially built in 1077, and later enlarged between 1495 and1519, it became one of the largest fortresses in Europe. Since then the castle’s exterior has remained substantially the same. The extension of the castle was commanded by Archbishop Leonhard von Keutschach, as a response to the Hungarian Wars. During that time, above the main entrance a lion holding a beetroot in its paws was added to the castle, and today this lion remains the Castle's symbol. Throughout the long history of Hohensalzburg, the castle was never conquered and remains one of the few castles with this status in Austria.

Today the Hohensalzburg castle houses the Fortress Museum. Also the medieval prince apartments are well worth a visit." - in: http://www.hohensalzburgcastle.com/History.html