I said i had a bunch of officials to show. I didn't managed to show all of the yesterday and i think i can't do it today either. 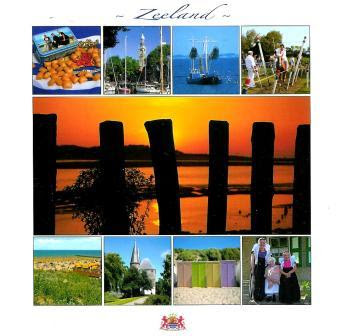 "Zeeland is the westernmost province of the Netherlands. The province, located in the south-west of the country, consists of a number of islands (hence its name, meaning "sea-land") and a strip bordering Belgium. Its capital is Middelburg. With a population of about 380,000, its area is about 2930 km², of which almost 1140 km² is water. Large parts of Zeeland are below sea level. Tourism is an important economic activity. Its beaches make it a popular holiday destination in the summer. Most tourists are Germans. In some areas, the population can be two to four times higher during high summer season. The Pacific nation of New Zealand is named after Zeeland." - in: wikipedia
By Martinha at 21:04